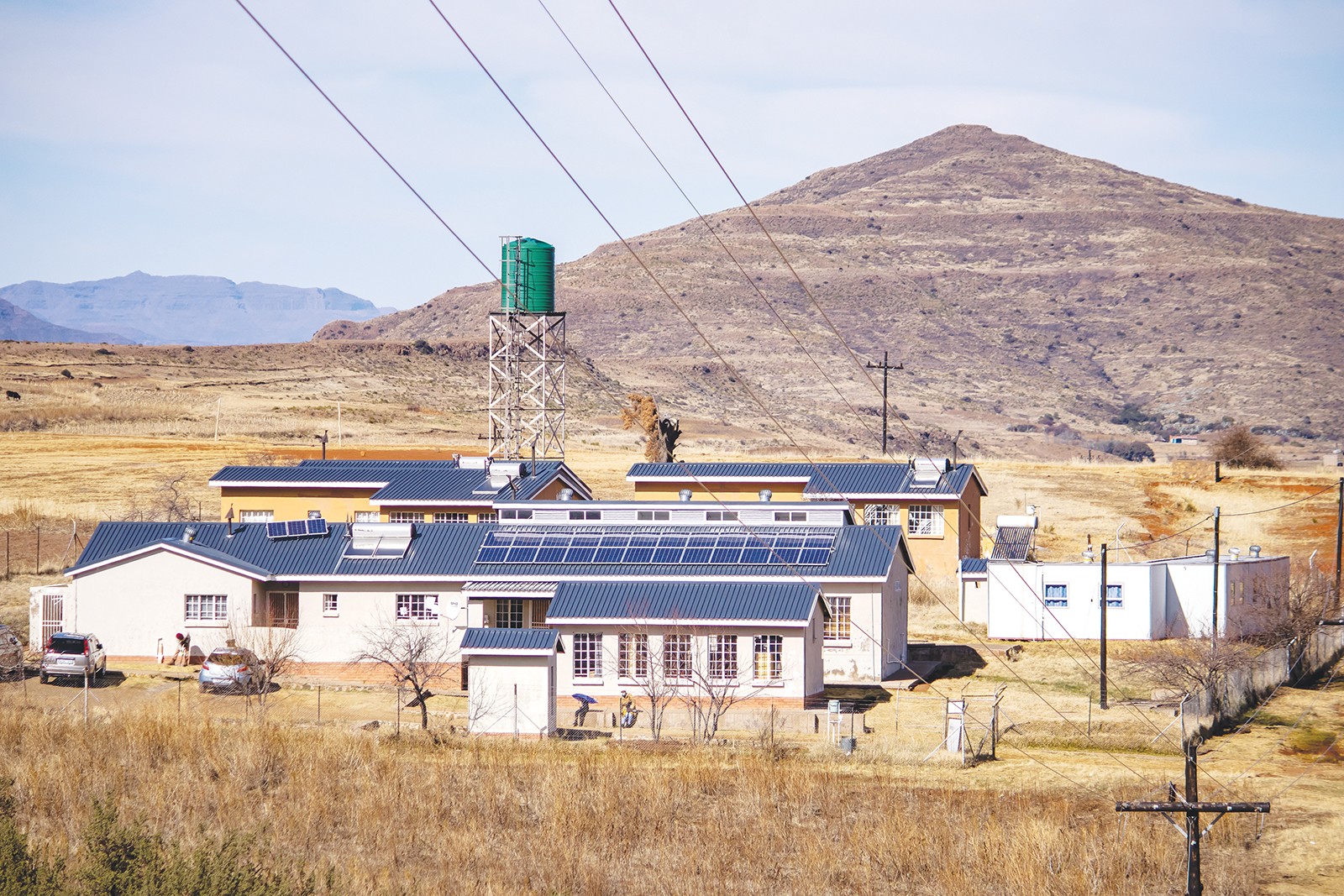 The Tlali Health Centre at Ha Moitṧupeli in rural Maseru is in such a messy state that patients seeking medical care and nurses have to take part in cleaning the facility.

The evident unhygienic state which is not conducive for a clinic, is a result of the prolonged absence of a designated cleaner.

The facility, which falls under the ministry of health, has been without a cleaner for almost a year now.

A source at the clinic who spoke on condition of anonymity for fear of reprisal, this week told this publication that nurses and sometimes patients are forced to clean the clinic every morning before it starts operations.

They are forced to clean the corridors, consultation rooms, pharmacy area as well as the records keeping section.

Patients are only attended to after completion of the exercise.

“The village health workers used to help with the cleaning of the premises but they have down tools because they have not been paid. There used to be a cleaner who was employed by the government but who is currently on sick leave. It has been over a year now since the cleaner left,” the source disclosed.

During the visit this week, theReporter observed that at 09:41am the place was indeed untidy with patients queuing outside who had long arrived at the clinic.

One of the village health workers who used to clean the facility, ‘Makhotso Chai confirmed that she and others cleaned the premises but ceased to do so when they were not paid,

According to her, it is now nine months since they worked without pay.

She revealed: “The nurses keep quiet and do not reveal the real issue because they are shady characters. They do not want to go the villages to help the sick people. Some of them do not even know these villages.“

She said in turn the village health workers have stopped rendering health assistance to those in need “because we have no money to buy items such as soap to wash our hands before and after assisting sick people.”

She emphasised “we cannot assist attend to patients in their homes while we are not clean,” she said, adding it is now three weeks since they stopped working.

Another village health worker confirmed that the cleaner was indeed on sick leave and might not be coming back, by the look of things ‘as it has now been a long time’.

However, her version is that it has been two years now since the cleaner went away on what was said to be sick leave.

“Initially, there were a group of health workers who were hired to clean but they left because they were not being paid. As for us, we used to get paid M800 and we are told that we will get paid only after elections.

“Some of the services are not provided, like screening of patients because there are no health workers,” she added.

This publication sought a comment from the clinic’s chief, who was hostile as she turned away theReporter’s journalist but confirmed the cleaner was on a sick leave. She could not disclose for how long she had been away.

“We clean the premises ourselves and the Maseru district health management team is attending to the matter. There are no challenges that are brought about by the condition of the clinic because anyone who wants to clean does so of their own volition.

“The patients delay to arrive but we clean before they arrive,” she said.

She also said cleaning equipment was being provided by the ministry of health, stressing there was no “crisis experienced by the clinic.”

In an interview with this publication, the Maseru district health manager Moseme Makhele said the issue of the absence of a cleaner at Tlali health centre is being attended to by the health ministry authorities.

Makhele said the issue is still on the table and is being looked at by the ministry of health.

According to Centre for Disease Control and Prevention in order to provide quality care, healthcare facilities need to have a safe and accessible water supply; clean and safe sanitation facilities such as toilets, hand hygiene devices as well as waste disposal systems.

Infrastructure that supports water, sanitation, hygiene (WASH) and healthcare waste management practices helps prevent the spread of diseases within the healthcare facility and to the surrounding community.

Without appropriate WASH infrastructure and services, patients, healthcare workers, and communities are at increased risk of disease. For example, if patients or staff drink unsafe water when they are thirsty, or when taking oral medications, they can suffer from waterborne diseases.