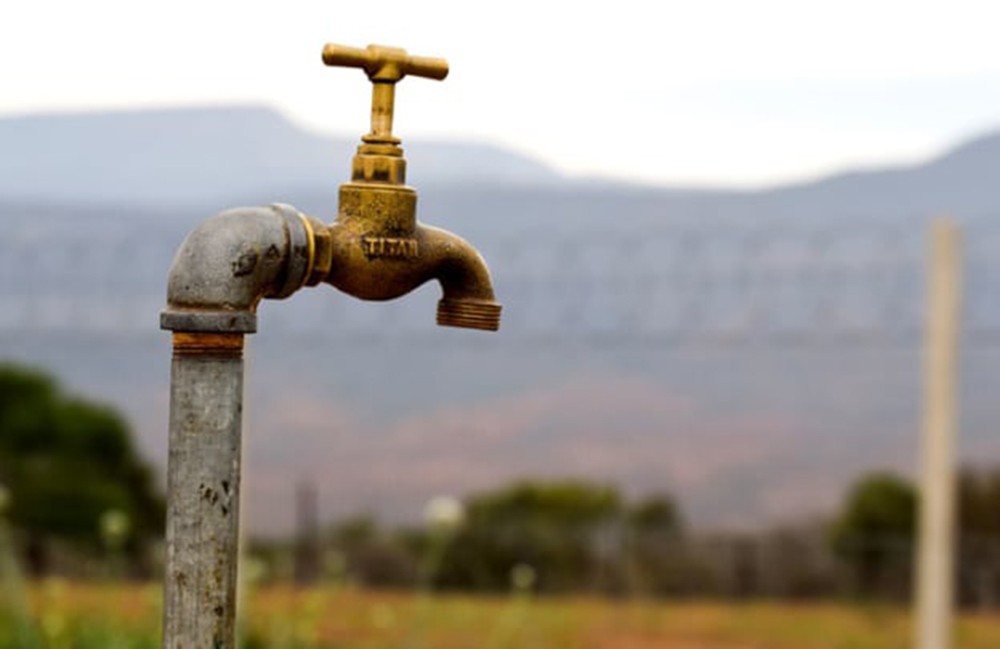 The residents of Maqhaka in the Berea district have for long been thirsty as water supply shortages have gripped their village.

However, the M450 million water supply project whose construction will commence in August 22 to March 2024 will help alleviate the situation.

This week WASCO through Greater Maseru Water Supply Project (GMWSP) visited the Maqhaka community for a sod turning for construction of the water supply infrastructure to beat water shortages.

The GMWSP overall objective is to extent the water supply network service in the designated areas of Maseru and Berea.

According to the community member and member of the water select community, Tumelo Leboto, water has been a major problem for their community and therefore the envisaged water project will change their lives for the better.

Leboto said that the key problem is access to clean water, sanitation and hygiene which put their lives at risk of water borne illnesses.

“After this project is complete our lives will change for the better because already our drinking water is not clean. But with this project we will be able to have clean water. The government is on the right track towards achieving the Sustainable Development Goal (SDG),” he said.

The SDG Goal 6, section 6.1 suggests that by 2030, the world achieves universal and equitable access to safe and affordable drinking water for all.

According to section 6.2, by 2030 the world should achieve access to adequate and equitable sanitation and hygiene for all and end open defecation, paying special attention to the needs of women and girls and those in vulnerable situations.

Leboto said the GMWSP was going to help the community achieve quality life “because they will be able to resume some of the projects which were put to a halt due to water scarcity.”

“We were not able to continue farming. Some households could not afford boreholes. We will be able to go into farming and curb the hunger crisis. Even other businesses such as the making of poles will be revived because now there will be enough water for the whole village,” he concluded.

The Principal Chief of Ha Majara, ‘Mamolapo Majara, was also hopeful that this is a new chapter for the Maqhaka community who have suffered for a long time. She said this was a very rocky journey but she was grateful that finally the community’s voices fell on good ears.

“The villagers are forced to travel long distances to collect water by use of wheelbarrows. But in no time this will be a thing of the past. The village had been gifted with a single phase electric power water supply machine but it often broke down. Fixing it was very expensive triggering villagers to travel to draw water from afar.

“However, we had a good Samaritan who would help fix our single phase electric power machine from his own pocket. So, I would love to pass my heartfelt gratitude to him,” she said.

At the occasion, the Prime Minister Moeketsi Majoro was optimistic the water project would assist in supplying the much-needed resource to other neighbouring dwellers in the area.

According to him, the project is to be implemented by the CCCE-Chiko-SM Joint Venture and the budget for the project is M450million starting from August to March 2024.

“We are working towards the UN SDG which is to make sure that the world will have safe water by 2030. The government of Lesotho has earmarked M14billion to achieve this goal and the ministry of finance will help with the outstanding balance,” he said.

The minister of water Kemiso Mosenene is set to ensure the success of the project although he was reminiscent of the implementation delay some of which were brought by the emergence of the Covid-19 pledging the GMWSP will now kick start.

The Project is divided into three packages that cover the South of Maseru in places such as Ha Bosofo, Makhoathi, Mazenod and Ha ‘Masana.

The project is to benefit 78,000 people in the said areas.